May 2017
WannaCrypt is released by unknown attacker
Which utilizes [ETERNALBLUE] with [DOUBLE PULSAR] and a ransomware payload that demands 300-600 USD in Bitcoins from its infected hosts.

What does WannaCrypt do?

It attacks through [ETERNALBLUE] if MS17-010 is not installed.
Installs the Trojan if the attack is successful [DOUBLEPULSAR]

Encrypts 179 file types
Shows a message that demands for payment of 300$-600$ in bitcoins to a listed wallet. 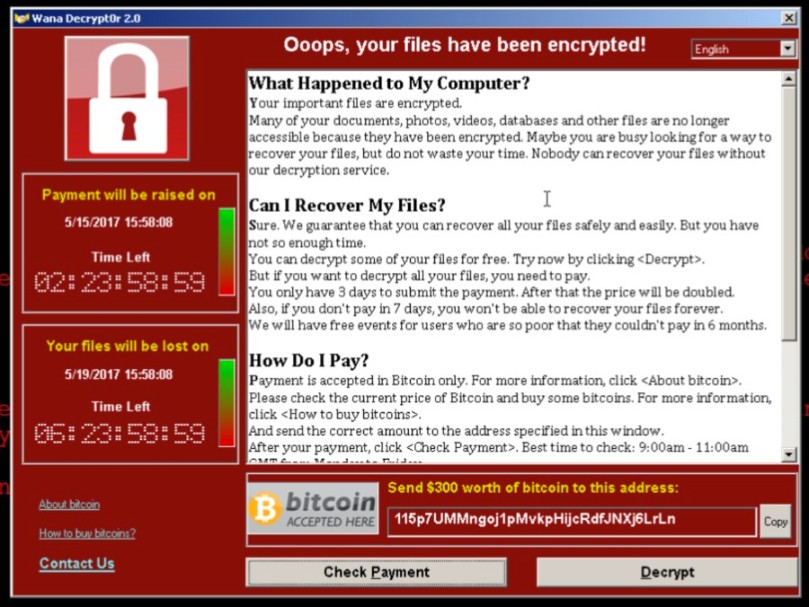 It scans the local LAN and wider internet for port 445
Attempts to infect over SMBv1 [ETERNALBLUE] if port is open.

We find references to three different wallets these are:

Curious of how to mitigate it, or want to read how to disable the SMBv1 vulnerability or patch it? Check out my previous article on mitigation.

As always, if you have suggestions on topics you want to read more about, or feedback. Leave a comment or tweet me at UlvBjornsson

2 thoughts on “WannaCrypt – What is it?”